Those of you who know me or read my blog would know that I'm not one to usually have a whinge or gripe about things...especially on my blog.  But yesterday something happened that's been bugging me ever since...

Yesterday the kids and I headed to a local shopping centre for the morning.  I had to drop Ayden at a birthday party which he was so excited about (and had a great time at too!).  Once we'd dropped him off Riley, Madi and I had a little browse in our favourite shops.  I visited my fave shop Typo (and bought a couple of lovely things), Madi wanted to look at the puppies (she'd so love one!) in the pet shop...and Riley's favourite shop is the Australian Geographic Shop.  He LOVES going in there!

Anyway...it's no secret that Riley is our little Scientist. He loves all things Science which is why he loves this shop so much. 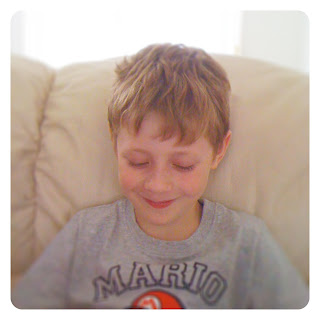 We decided to buy a little Dinosaur excavation kit for the kids to have a bit of fun with at home so we went to the counter to pay.  We said hello to the cashier and Riley proudly said to her "I love Science!" to which she replied "Well you're a weird kid then aren't you!"   WHAT???  Did she really just say that to him?  I mean we were in the Australian Geographic shop who specialises in selling all sorts of scientific things!

Now I know that she probably didn't mean it the way it came out...but to a little boy who's only just discovered his love of Science a comment like that can really discourage him and have a negative impact.  He responded by just saying "Yeah" and told her he got a rotating space gallery for Christmas (from that shop).  I think she realised what she had said and tried to save the conversation...but too late...she'd already told him he's weird!  Why don't people think before they speak to kids that way...especially in a store like that?! 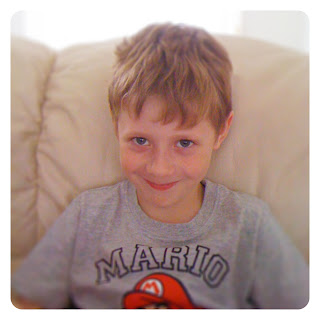 Shouldn't we be encouraging kids to love Science and school...or whatever it is they love to do?  Not tell them they're weird for doing it! Am I just being an oversensitive Mum?

Ok...that's my rant over. Thanks for listening!

Email ThisBlogThis!Share to TwitterShare to FacebookShare to Pinterest
Labels: Riley