I can't believe how fast these school holidays are disappearing...but we've had fun so far. Movies, shopping, visiting Nanna and Grandpa...and loads of playing! I must admit I've been really slack on taking photos...whoops. I'll have to make a point of taking some snaps over the next few days. :)

I've been sneaking in some scrapping here and there...
This one was a sample for a challenge that Heike set over at Scrapz.Biz. It had to feature something big, an Aussie vernacular and colour blocking. I hadn't done colour blocking in AGES! 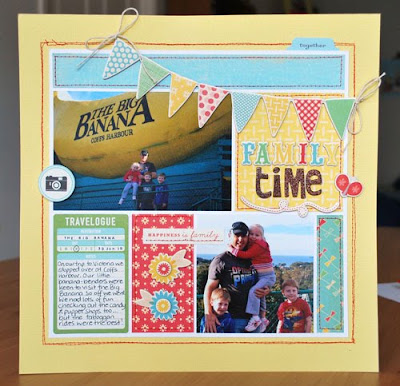 This was our trip to the Big Banana earlier this year so that covered the 'something big'. 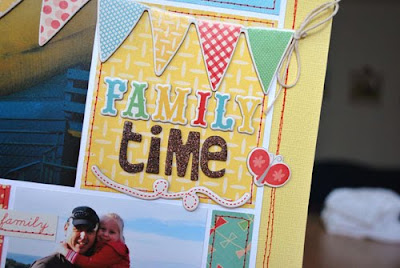 My Aussie vernacular was 'banana-benders' in my journalling. The papers and chipboard embellies are from the Cosmo Cricket Togetherness range...so cute! 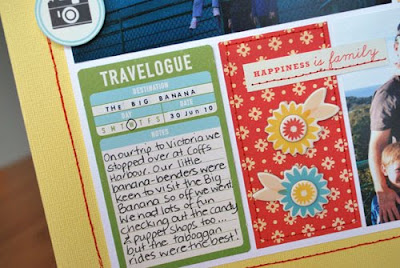 Next is this page that I've done as my sample for this week's 'What's Cooking' challenge for Scrapz. (Details of the challenge can be found HERE.) These photos of Paul and Madi make me smile. :) 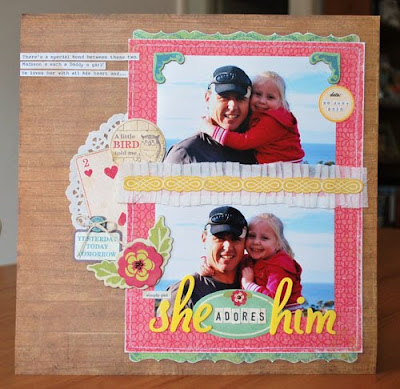 I've used papers and embellies from the Crate Paper Restoration line for this one...a little more vintage than I usually go for but I LOVE this range! 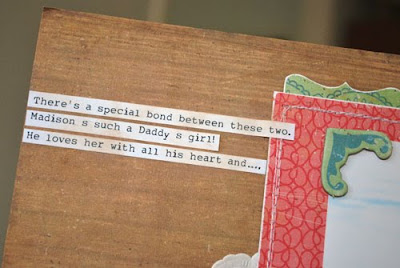 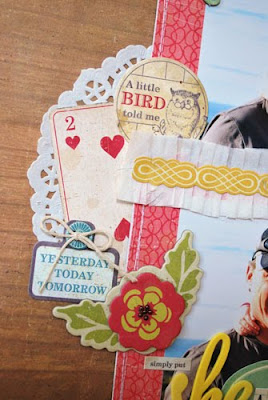 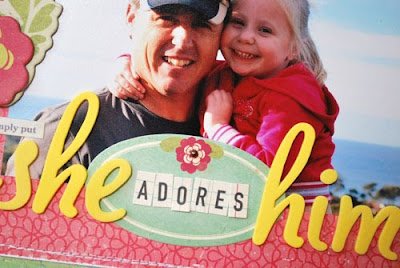 And finally...this page I threw together yesterday just for fun. I used only scrap papers from my scraps drawer, old embellies that were on my desk and old thickers. 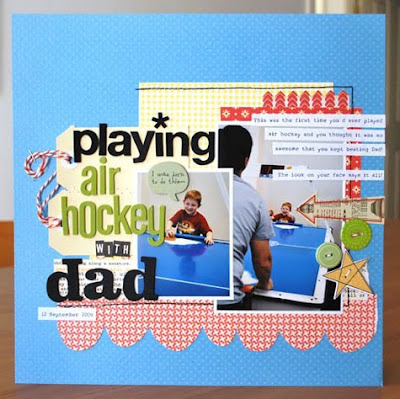 It couldn't believe how fast and easy it came together! (I'm usually a slow scrapper. LOL) It was so fun not to worry about the design or think about elements for a challenge. I think I'll do this more often. :) Felt good to use up some old stash too! 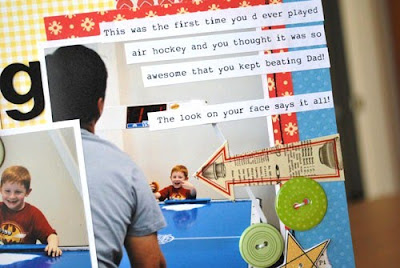 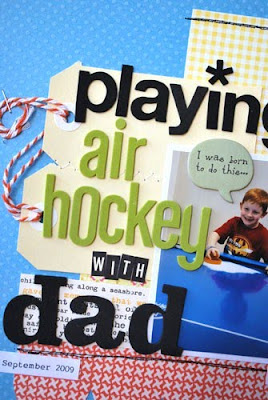 I've been working on some cards this week ready for our World Card Making Day celebrations starting this Saturday over at Scrapz. If you feel like adding some cards to your stash why not pop on over and join in the fun? :)

Well...that's about it for the moment. I think I'll make a cuppa and watch some tv. Catch you soon!

A new class for kids...Sophie K!

Just in time for those of you with kids home on school holidays there's a new scrapbooking class that's been designed by fifteen year old Sophie Koschmann for kids, teens and those in between. 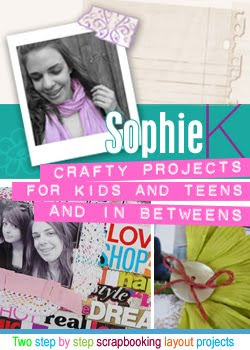 We've started school holidays this weekend...YAY! We don't have anything planned with Paul working...but we'll still make the most of it. Today we took the kids to see the movie Despicable Me. The boys thought it was hilarious however Madi was a little bored and wanted to go home halfway through...although she did stick it out until the end. LOL (She'd much prefer to be watching Tinkerbell!)
Haven't done much in the way of scrapping this week (I've been doing a bit of much needed spring cleaning) but I thought I'd post this layout that appeared in Scrapbook Creations recently (issue No 80). It was my sample for Carol-lea's sketch challenge...such a great sketch to work with! 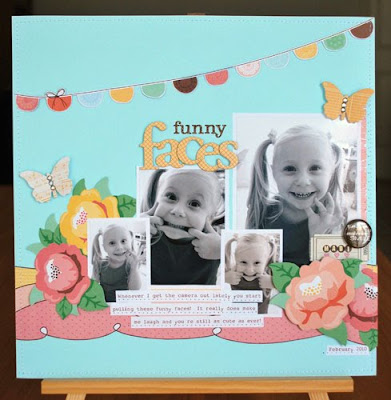 I used my fave Dear Lizzy papers...and absolutely LOVE these pics of Madi! :) 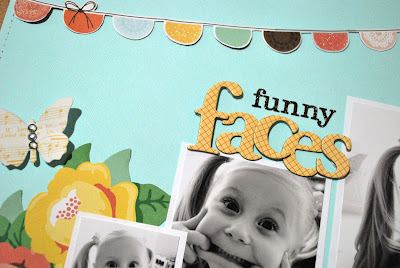 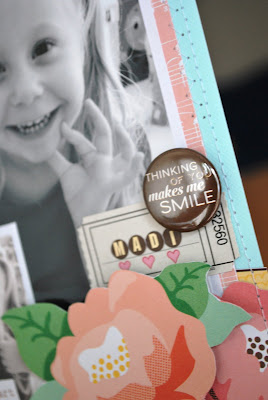 Well...I hope you've had a fun weekend! I'll enjoy not having to do the school run in the morning..maybe I'll even get a sleep-in! Ok...so that may be wishful thinking...LOL

Thanks so much for dropping by!

Email ThisBlogThis!Share to TwitterShare to FacebookShare to Pinterest
Labels: Layout

It's been a BIG couple of weeks for our youngest little man!

First of all he lost his first tooth...closely followed by a second just days later! The tooth fairy came and left some money...even left fairy dust...and Riley was a very happy boy. :) 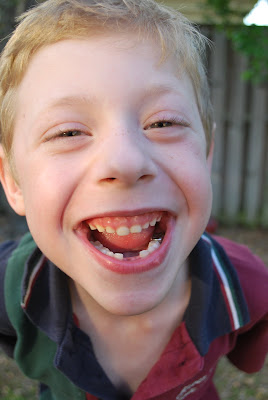 Then he got an award at assembly at school... 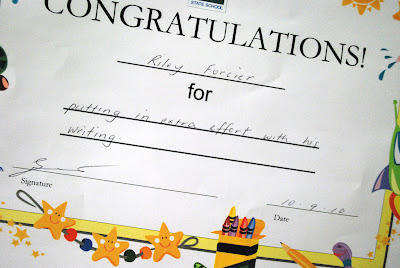 Then it was his birthday!!! I can't believe he's 6 already! 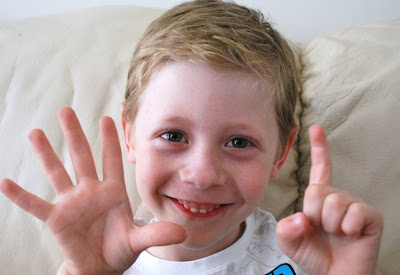 He got lots of fun presents...new DS games, lego, a new double-ended light up light saber (with noises!), etc...very cool. Hot dogs and ice-cream cake were on the menu for his birthday dinner (his choice of course!).

Plus we took the kids to Movie World to celebrate. It's the first time that Ayden, Riley and Madi had been and we had so much fun! My parents also came to spend the day with us there. I won't overload you with pics (I took loads of them!)...I'll just share this one of the kids in front of the water fountain... 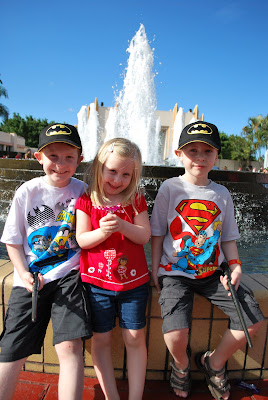 (Those 'sticks' the boys are holding are the magic wands they bought at the Harry Potter store.) We all went on lots of rides like the kids rollercoaster, the Batman ride, saw the Stunt Car show (that was great!), etc...and the good thing is that we've got passes so we can go back again another day to do the things we missed. Riley really had a GREAT 6th birthday full of fun! :)

Email ThisBlogThis!Share to TwitterShare to FacebookShare to Pinterest
Labels: Riley

Some scrapping and that granny stripe blanket...

Hi everyone! Round 6 has started over at Scrapz.Biz for the Scrap That Ad comp. This time our inspiration was the Tim Tam ad..you know the one with the genie and the girls that wish for a never-ending pack of Tim Tams? (YUM) Anyway...we had to include the words '3 Wishes', a traditional fairytale element and at least one star. Here's my sample... 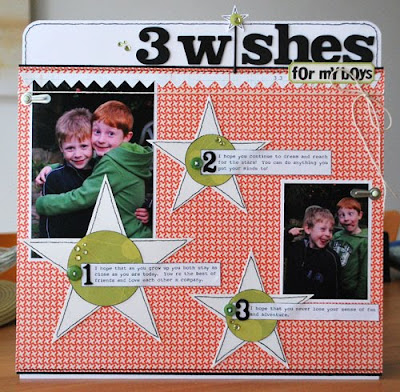 I used a little magic wand instead of the 'i' in 'wishes' for my fairytale element. 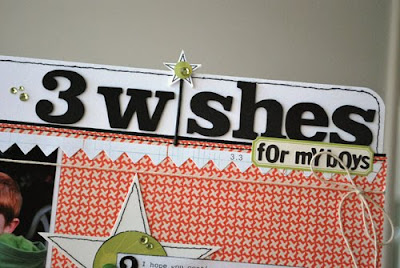 No shortage of stars on my page... 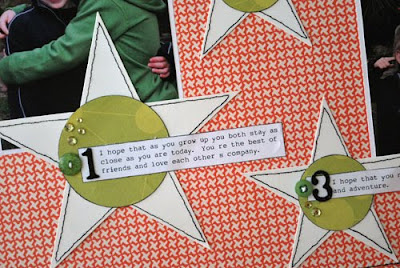 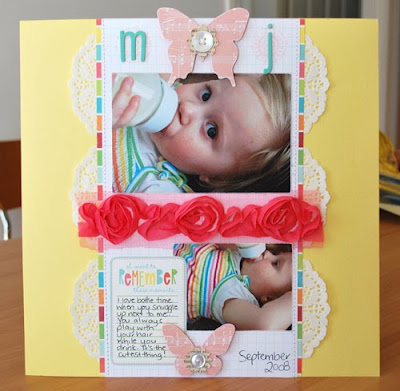 Just one of those everyday things I wanted to remember. :) I can't believe these photos are from two years ago! Time is going by so fast... 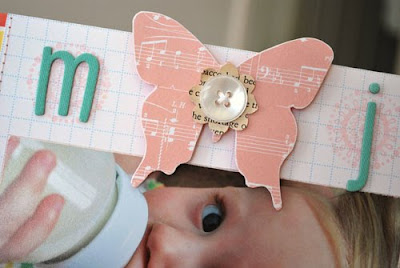 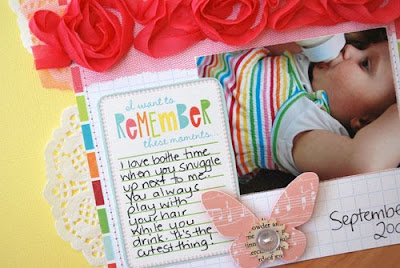 I've also finally finished that granny stripe blanket that I started for Ayden in this post. 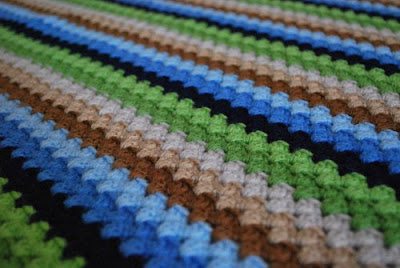 Here it is all nicely folded. :) 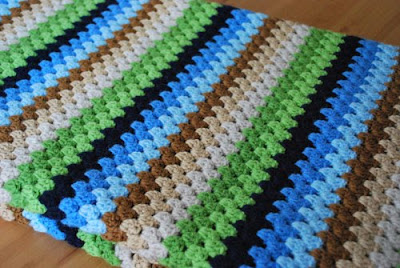 I'm really happy with how it's turned out. I was going to put a navy blue edging on it but Ayden loves it and has already taken off with it! LOL I'm glad I got it finished before the hot weather sets in. :D

Ok...I think that's about all I've got to share at the moment. Hope you're having a great week and thanks for dropping by...always so nice to 'see' you!

Check out this fabulous new class over at Kim @Home site! 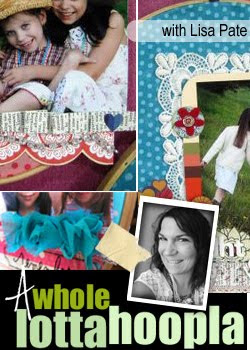 This is Lisa's very first class on the site and I know you're going to love it! She'll show you how to transform embroidery hoops into beautiful art for your home. I had so much fun creating my samples for this class!

You can read more about the class on Kim's blog HERE...or go HERE to register. Bookings are open now and the class officially kicks off on Wednesday 8 September 2010.