We've just had a long, scary few days that I hope we never have to go through again...

Friday morning I took Riley to the doctor. He wasn't well and we thought maybe he had a chest infection. As soon as the doctor listened to his chest he sent us straight to Emergency at our local hospital. In the 5 minute drive from the doctor to the hospital Riley fell asleep and I couldn't wake him up. I carried him inside with Madi and Ayden in tow (I was freaking out and bursting into tears by this stage) and they took us straight through. He was barely breathing! They managed to bring him round and went to work on him with oxygen, drugs, etc....apparently he had a viral infection that triggered an asthma attack! (We didn't know he had asthma...it was VERY scary!!!) Poor little man...

He tried so hard to be brave! He had a couple of iv's put in and had to cope with having oxygen masks, etc which he'd never seen before. I had to call Paul home as he was working 2 1/2 hours drive away. While we waited for him to arrive my Dad came to pick up Madi and Ayden to take them home and the doctor decided we needed to be transferred to the Mater Children's Hospital in Brisbane (about an hour away). So Riley got his first ride in an ambulance and we ended up in the Paediatric ICU for the night. He was a very sick little boy but all the nurses and doctors who looked after him were amazing. Here he is the next morning just before we were transferred from ICU to the ward....poor little sweetie! 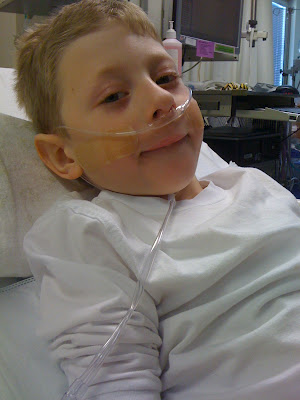 He had to stay on oxygen (he needed lots) the whole time to keep his levels right (along with Ventolin, etc).

To cheer him up Paul went and bought him a Nintendo DS on Saturday before he came back to see us. Riley's been saving his pocket money for AGES to buy one and he was over the moon!!! (Here he is the morning we were going home...and looking a whole lot better!) 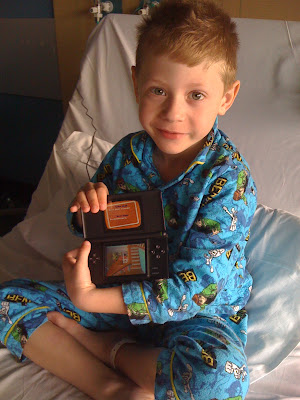 It really helped put a smile on his face and he didn't stop playing it the whole time we were there. 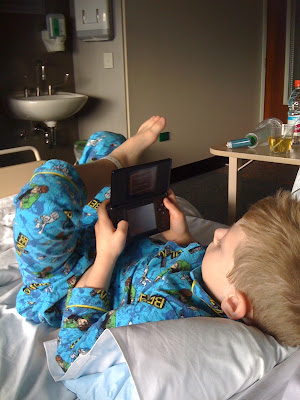 We came home on Monday afternoon once he was able to come off the oxygen and he'll be home the rest of the week. As least we now know that he has asthma and we have a treatment plan to hopefully keep it under control from now on. We're so happy to have him home again and feeling like his old self!

Ok...now that I've got that all down I do have a layout to share while I'm here...

Round 2 of the Scrap That Ad comp is up over at Scrapz.Biz. (Details can be found HERE.) This one's based on the Vegemite Ad....which worked out well since I'd been meaning to scrap about Riley's love for the stuff for ages! Here's my sample... 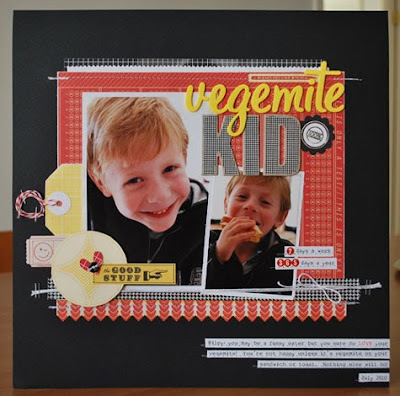 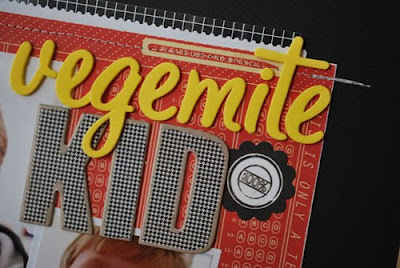 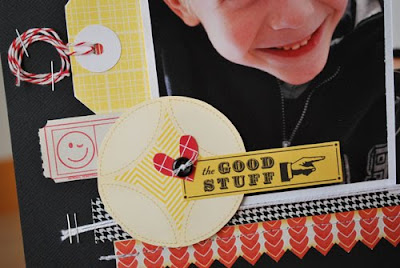 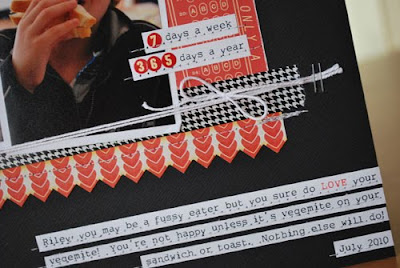 Well...I think this post is long enough and I'm tired. Hope you're having a great week! :)