struck our place this week! Well ok... so it wasn't the dreaded lurgy... but it WAS a tummy bug. First Ayden last weekend... then Madi and Riley both came down with it on Thursday. It's been doing the rounds at Ayden's school so it was only a matter of time I guess. I must say though it was NOT fun doing the school run with 2 sick on the same day.... ewwww! Thank goodness it only a lasted 24 hours for each of them. And Paul and I seem ok... I DON'T WANT IT!! (So far so good...)

Earlier in the week I went to the movies with a great bunch of girls to celebrate Mel's birthday (which was actually last week) to see "Confessions of a Shopaholic". So fun to get out together to catch a girlie movie! (It's been SOOO long since I went to the cinema to see anything other than a kid's movie! LOL)
I haven't really done much in the way of scrapping this week... too tired and too much else going on... but I do have a couple of things to share with you.
First of all there's this quick layout I whipped up a couple of weeks ago now and keep forgetting to post. We took the kids to the Ipswich Railway Museum while they had Thomas and his friends there last year. Well... you know that Riley is THE biggest Thomas fan so for him it really was a dream day. He still often talks about it and wants to go back! 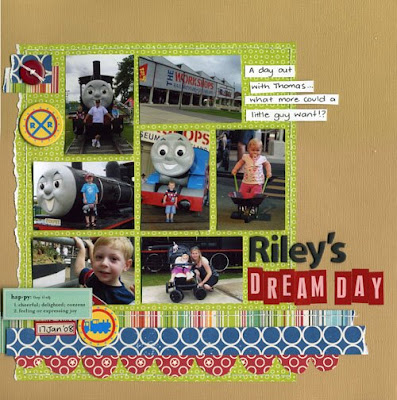 And here are the cards I created for the Cuttlebug Card Class I ran at Sunbird Scrapbooking last weekend using the Kaiser Sugar Sugar range... 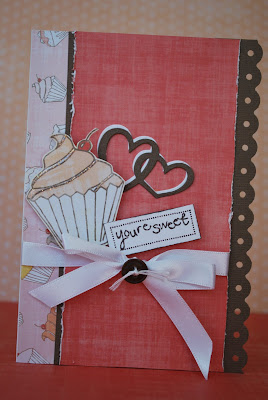 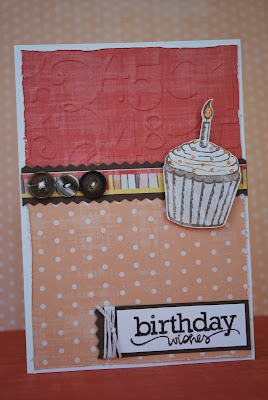 It's actually been quite fun getting back into a bit of card making again! Still love my scrapping though...LOL

Well.... I can't put it off any longer... the ironing awaits! I know... very boring... but hey no-one else is gonna do it! Hope you're having a more exciting day than I am! LOL